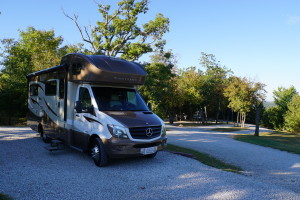 Photos taken around Lazy Days Campground on a morning walk about. 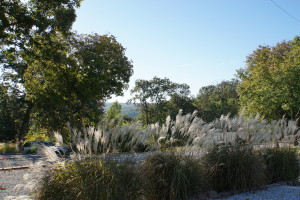 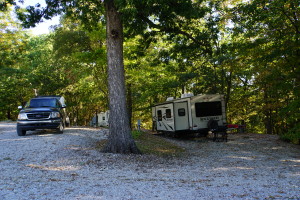 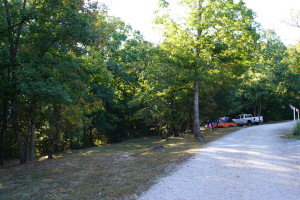 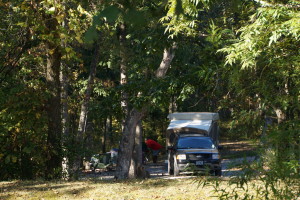 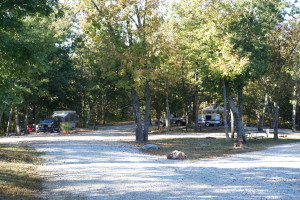 Lazy Day Campground was comfortable and we would have stayed a second day if we were not on a mission.

Another long “get there” day.   We were on the road for 9 hours and logged 554 miles.  With Autumn arriving in New England any day now, I graciously agreed to forego Antioch, Yellow Springs, the Glenn, and the Wright Patterson Air Force Museum and “keep on truckin'”. 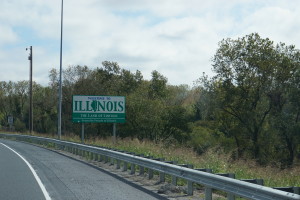 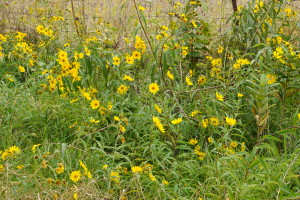 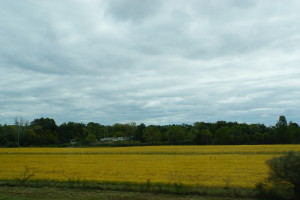 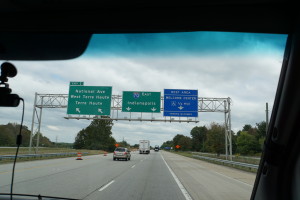 We’ve pulled off the road and used the inverter to power our “home” opting not to use the generator.  This meant food served up on the stove and the ‘fridge run on LP.

The Wineguard HD Antenna has worked flawlessly.  Once powered the DirecTV receiver off before the antenna completed setup and I had to reboot the receiver.  Typically the receiver will be powered on while the antenna sets-up and there will be no problem. I am impressed with the simplicity of operation of the antenna.  It does take some time to latch onto the satellites.  I think it goes back to its last setting on the assumption it has not moved, then when there is no signal in that direction it opens up a full sky search which can take some time and whirring and some clicking coming from the Beast’s roof.  I’ve only once not locked onto the signal for three sats.  We were parked with a big pine tree centered to the south of the antenna.  No signal came through the tree trunk.

Funny how the DirecTv system works.  Here we are in the central time zone and our DirecTv guide shows Pacific Time.  This is not a bad thing.  We have a two hour grace period between local time and DirecTv broadcast time.  If we setup “the Beast” at 8Pm after a long day, the DirecTv Guild shows current time as 6Pm.  We will have three hours difference when we hit the Eastern Time Zone.  For tomorrow’s Jets game, We can drive until noon (1 Pm if we cross into EST) and still record the jets game broadcast at 10 AM PST.  I think this would create issues for folks whose home system was EST and they headed west.   They would have to stop early to record or watch programming.  In the best of all worlds, the Guide would show local time.   I’ll have to call DirecTv and sort this out.

We passed a sign for Yellow Springs and Antioch College shortly after passing Springfield Oh.  It felt like coming home, probably because it was. A sign for Xenia zipped by and another for the Mad River which runs close by Yellow Springs.  It was not easy for me to drive by, but we will have more time to explore on our way back home without an incipient deadline (trees wait for no man  err Trees Wait for NoMads)

We plan to get an early start and log some miles before stopping for the Jets/Eagles game.  Watch out Shawn, the JETS are looking healthy and strong.  Then we’ll find a campsite with a view of the coming eclipse.  We’re a long day’s drive away from Syracuse, NY, our next stopover.

The Worst Road Ever

A word about I-70 Indiana.  I don’t know what’s up with this state but the eastern half of I-70 through Indiana is the worst bumpy pot-holed piece of crap highway I’ve; driven in the past decade.  I-70 in Illinois and in Ohio is great.   There are some long single lane stretches in Illinois, but with light traffic that’s OK.   In Ohio, the road is new and near perfect in most places. 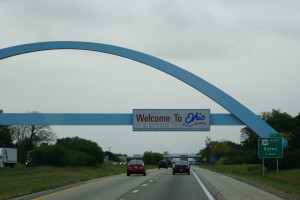