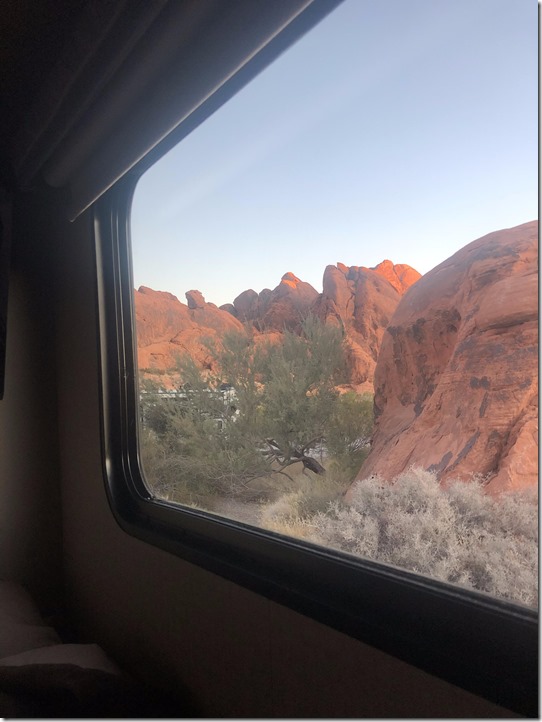 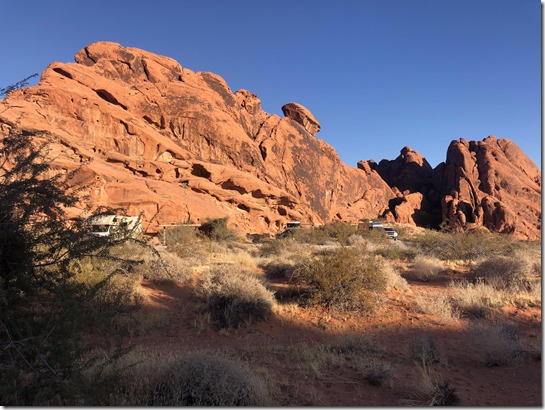 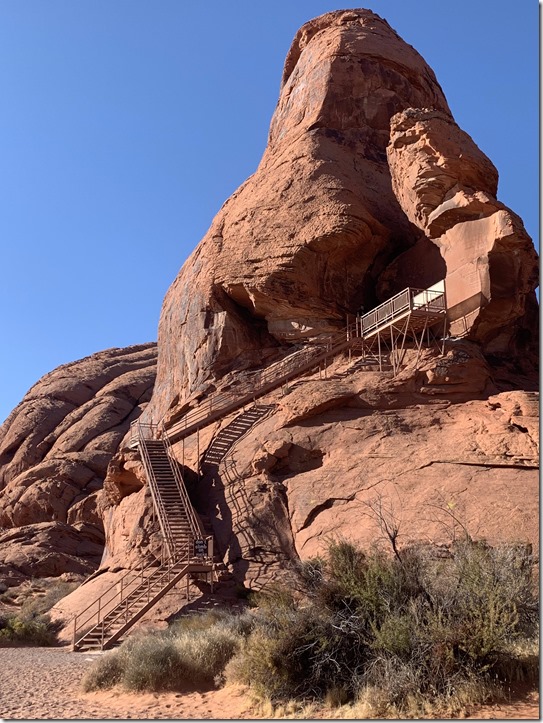 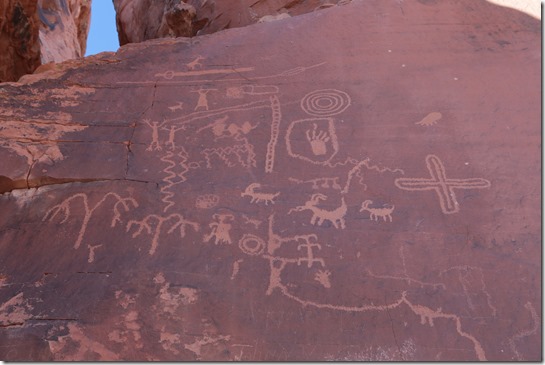 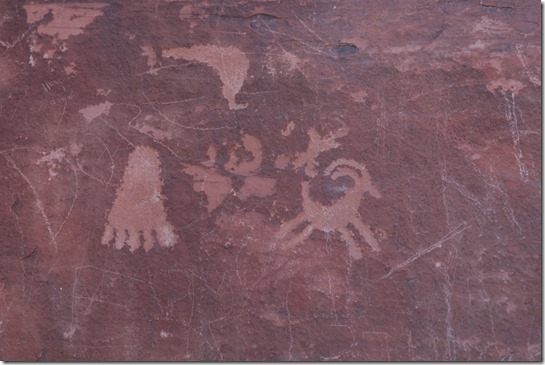 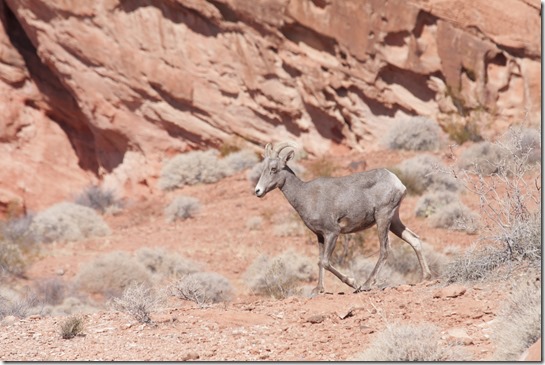 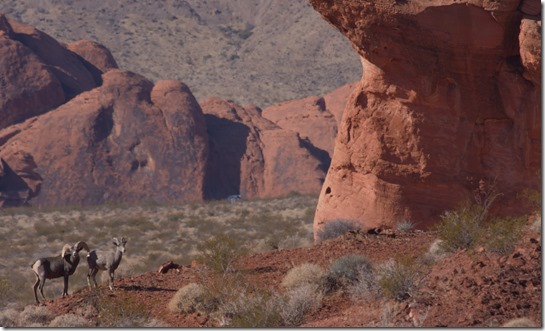 We awoke around 7:30, typical for us.  We waited until the couple tent camping beside us were up before making coffee.  When we’re not on “shore power” we’re forced to run our generator to make coffee.  The Cummings generator is notoriously noisy.

We headed toward the visitors center, but stopped at a turnout and discovered the petroglyphs at Atlatl Rock.  We didn’t take time to hike Petroglyph Canyon Trail to Mouse’s Tank.   We’ll save that for another trip, another time.

Outside we noticed a Ewe moving through a stand of sagebrush.  Then we saw Ram following along.  He had massive circular horns.  I headed back to Li’l Beast for my long lens.  In the meantime the two sheep walked some distance.  They walked together and joined a band of maybe fifteen big horns.  All were ewes or yearlings but for the single ram.

We watched for a while and considered walking closer, but we didn’t.  Instead we walked back to Li’l Beast and headed off to San Diego and Ellen’s daughters.  Our adventure had drawn to a close.  A number of people, rangers and locals, had said that springtime is magical; magical in Yellowstone, in Grand Teton, in Capitol Reef, Escalante Staircase, Bryce, and Zion.  But for Orca viewing, go in December!   I’m not sure we can work in a 2020 spring road trip.  Our planned trip to Africa and Europe in April is definitely a conflict.

Once again we’ve had a great time traveling around the U.S.  We’ve had rain and snow, cold weather and warm, and many beautiful sunny days.   Each day has been an adventure, often enhanced by talking with locals.  What fun this has been.