We drove “Li’l Beast” to San Diego to visit family a few weeks ago. Unusual for San Diego, we caught the tail end of a tropical storm that came up the Baja Peninsula and dropped a ton of rain with lightning and thunder for a full day. Now it is sunny and cool in the evenings, just what you would expect in Southern California.

We consider moving to San Diego from time to time. Even now I’m hoping that Hercules can “get its act together” and implement a well designed walk-able plan for its bay front property. Work has re-started on the “Tyvek Palace”, a high-end condo project that went bust about six years ago. It will have shops on the ground floor and about 150 market rate apartments in the floors above. The high-end condo concept was abandoned. Strangely, no additional parking has been planned for the 200+ cars that will be parking in the Bay Neighborhood. This is a significant problem that the city of Hercules failed to address when the project was approved. If Hercules does a better job of planning/implementing development of its bay shoreline, that could change everything. I doubt the city has the foresight though. 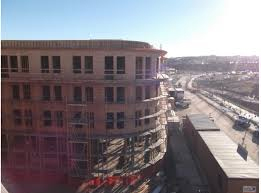 If I had to guess, we will stay in Hercules for the next four to six years, then move to San Diego. San Diego housing prices are still low compared to the Bay Area which makes moving there quite possible. Another little known fact, San Diego county allows the tax basis of your current house to be transferred to San Diego County if you buy there. If your home is worth $150 K, you can transfer your ridiculously low housing tax basis if you buy in San Diego! I am not sure that this tax transfer works for out-of-state property, something I have not had to research as we live in California. This might make the purchase of a house along the coast or with a view feasible for us!

We had thought to head back to the Bay Area this morning, but we’re still here and will be for a few more days. This is one of the joys of retirement. If you want to spend more time somewhere/anywhere, you can do it. We have arranged online payments for all of our bills and have a monthly deposit from our savings dropped into our accounts every month. We can close up our home and go anywhere we want at the drop of a hat and not have to worry about our creditors. Of course, I check our accounts regularly.

If we go for more than a week or two, we do have to have the post office hold our mail. When we were in Europe in July, we had a huge stack of mail to work through. Surprisingly, there were only four or five pieces of mail of any significance. Most of the mail was marketing material that went right into recycling. What a waste of time and material that is.

We’ve had Li’l Beast plugged into the Nema 14-50 socket Chanda had installed for our Tesla here in San Diego. It’s no coincidence that the Tesla and our RV take the same plug. Tesla planned this to increase the number of alternative charging locations for the Tesla. Today, if we were to take the Tesla to Eureka, we may have to charge at an RV campground. We’d most likely take our RV, Li’l Beast.

Balboa Park, the Museum of Man

Yesterday, we visited the Museum of Man, Balboa Park San Diego for the Mayan Exhibit. There were very few original pieces which was a disappointment. There were numerous pots and some jewelry on display; that was great. Interesting were the interactive presentations. Create your name in Mayan glyphs, hear it pronounced, and print it out. Print out your date of birth in Mayan calendar glyphs. There were a number of videos that described the Mayan culture, how the ruins were discovered, games the Mayans played, and population centers growth and demise over time. I’d post photos if I had thought to re-charge my camera’s batteries! Both batteries are charged now, and ready for the Aeronautics Museum and the Vermeer Exhibit at the park. I’ll update this post with photos when we get back. 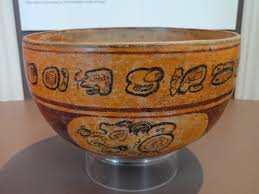 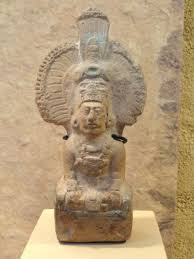 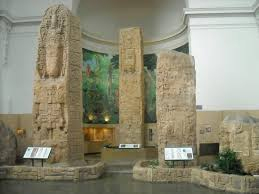 Photos from the Mayan Exhibit, Museum of Man

If you visit San Diego, do not miss Balboa Park and the San Diego Zoo. Both are a treat. As usual, I recommend going early for quick parking and to get some time in before the crowds. Still the crowds have never been a problem, both the park and the zoo are large. Crowds spread out and you don’t even notice. I have photos of a prior visit to the zoo that I will post a bit later. 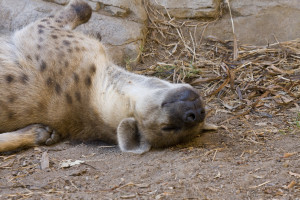 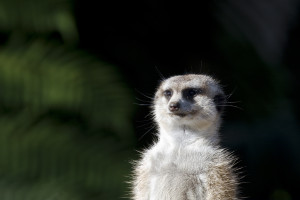 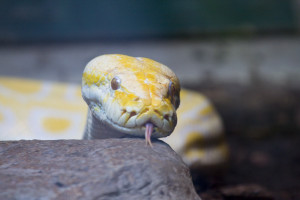 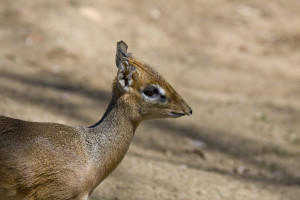 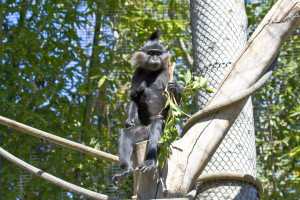 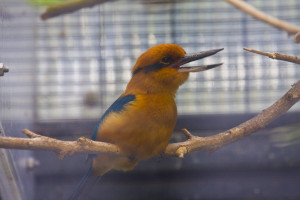 A series of photos from the San Diego Zoo

We just returned from an afternoon at the Air and Space Museum.  The museum is in San Diego’s Balboa Park.  The Air and Space museum houses a large number of airplanes and space memorabilia, including the Apollo 9 space capsule, a PBY-5a Catalina amphibious airplane, The Gee-Bee R1 aircraft that Jimmy Doolittle flew to win the Thompson Trophy: Doolittle and the R1 ,  a number of WWII aircraft, a Blue Angles Hornet, and any number of other aircraft.  The museum is large, but it could easily be doubled in size to give each plane more space.   The time flew by as we walked the museum.

We were drawn from the entrance to the center courtyard then walked through the far doors and headed left.  If you do this, you’ll miss the exhibit of early flight through WWI on the right side of the museum.  We retraced our steps and discovered the WWI replicas and originals on the right half of the museum.

A word of caution,  Tuesday is a day of free admission to some of the park museums.  On the fourth Tuesday of the month (today), the Air and Space Museum is one of those that is free.  On Tuesdays, the park is full and parking becomes difficult unless you arrive after 3 pm.  The park closes at 5 pm; it is not worth it to go that late.  Go early, you will be glad you did. 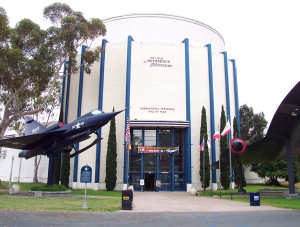 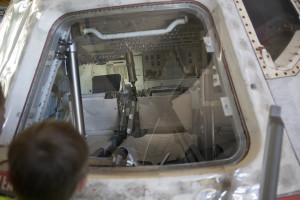 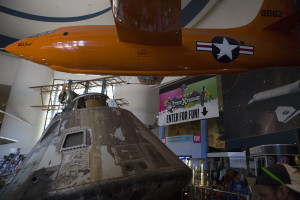 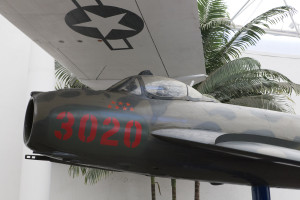 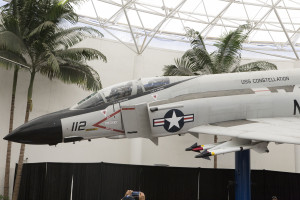 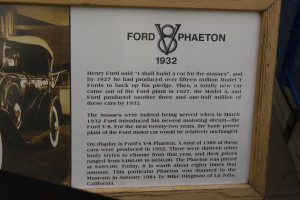 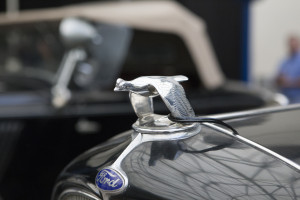 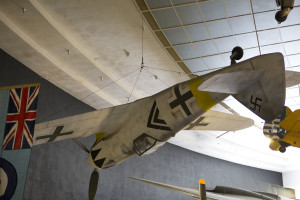 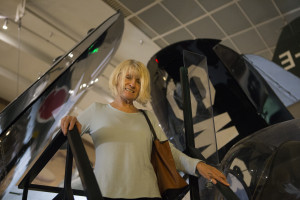 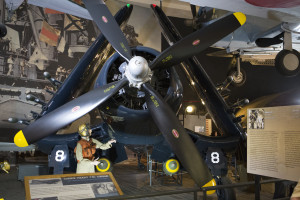 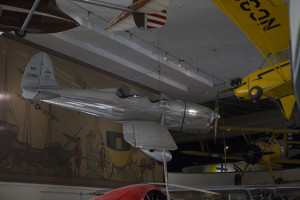 The rappel will be down the side of San Jose’s tallest building, over 260 feet high.
I have collected a substantial portion of the $1000.00 donation necessary to make me face this rappel. I’d say it will be fun, though it’ll probably be more terrifying than enjoyable until I’m back on the ground.
Thank you for your donations.
Ron

On December 2, I expect to rappel from the side of a building in San Jose.

It’s a fundraising event called the Shatterproof Challenge, which will raise funds for Shatterproof. Shatterproof is devoted to ending addiction; providing families with critical information and support; working toward prevention, treatment and recovery; and changing public policy.

Show your support by making a donation through my personal fundraising page. A donation of any amount will go a long way toward helping me hit my goal and support Shatterproof.

Not often, but every now and then I find myself with good company, a bottle of wine, and no corkscrew. Typically this happens while travelling and I’ve been forced to push the cork into the bottle which creates a mess and trouble pouring the wine.

Here’s the best solution I’ve ever seen. Also check out the Coravin described in the article. I think it is too expensive and does not deal with crystal formation or sediment in the wine.

(I would post the article, but the video would not come across. It’s all about the video!!) 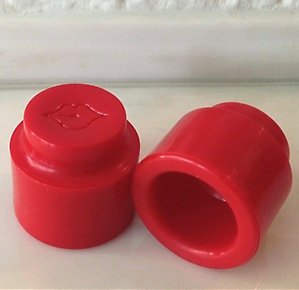 I was reading an article on the web about a seven year old girl in Brisbane Austraila who asked for a pet dragon for Christmas, when my wife said, “you’ve got to see this”.

Ellen was watching a TV program that features short clips of the wierd, wild, or outrageous. What was shown was a melt down between a mom and her son in a grocery store. The son was eating grapes, mom tried to stop him, and a fight ensued complete with by-standers trying to break them up and throwing the pair out of the store. Undoubtedly this was the culmination of years of bad parenting.

It was the next clip that I have to share.

There were four “reporters” (2 guys, 2 gals) on the program who selected something new, strange, or weird to feature. One of the gals asked, “what do you think of women with full lips?” Everyone agreed that if they are natural, it’s attractive, but if they’re filled with silcon or whatever that’s not good. Up popped a video presenting “fullips”, a gadget (a pump) that you wrap your lips around and pump. The pump applies suction to your lips and puffs them up! No kidding. Fullips comes in 3 sizes. The “reporter” had purchased one of each size and passed them out for the others to try. This was hilarious, but most amazingly it worked (you’d have to see the video).

I could not resist. What a wonderful thing to pull out at a party. Hilarity would ensue!! I’ve ordered two. They ship from London.

www.fullips.com They provide a video.

Disclaimer: I have no business connection with fullips.com aside from my order.