We’re off to Rancho Mirage to visit an old friend of Ellen’s for the weekend.  We’ll charge our Tesla in Temecula and in Indio on the way.  It will be good for Ellen to meet Bonnie again, it’s been years.  I’m told I’ve met her, but….

I’ll write more about Rancho Mirage once we’ve arrived.  It is quite the coincidence that our president is considering a move to Rancho Mirage.  I wonder if there will be security in place while we visit.  Probably not, but you never know.

For me this is a treat.  I’ve never visited either Palm Springs or Palm Desert. Big Fun.  And re-acquainting with Bonnie will be great too.

Today we spent some of our morning with Jen and her new baby, Henry.  He’s a gas.  He’s learning that those funny things are his arms and legs and he’s moving them about with abandon.  He’s a happy child, mimicking facial expressions, smiling, and clutching tight with his little fingers.  He’s making noises that will soon be his first words.

Marty, Henry’s dad & Jen’s husband, started a software company that over the decade has become very successful.  He and Jen moved into a Mansion that needs significant work.   The remodel of the butler & maid quarters that sit over and beside the detached garage is nearly complete.  In a few weeks, they will move in and begin remodeling the main house.  This is an enormous undertaking.  The end result will be spectacular.

Today marks the 50th day Ellen and I have been on our first extended road trip.  Ellen was not sure she would enjoy being gone for more than four weeks. That no longer is a concern.  Each state in this far flung country of ours holds both well known landmarks and little known gems to be discovered by the curious and/or adventurous. 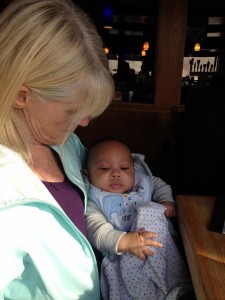 This afternoon we met Ellen’s sister, Liz, her daughter Vanessa and her three month old son Jerell. We were half way to Jamestown when Ellen checked her messages.  It would be better for them to meet with us today and not tomorrow.  Another U-turn and we headed back to Woonsocket.  We had lunch and a good time visiting with them today. 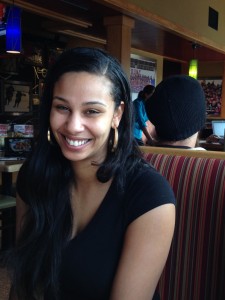 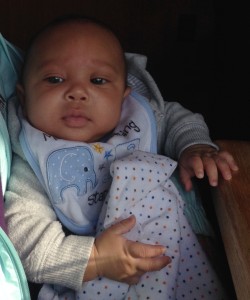 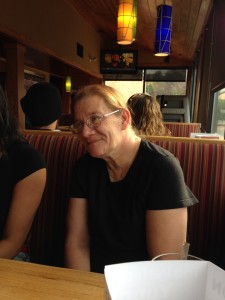 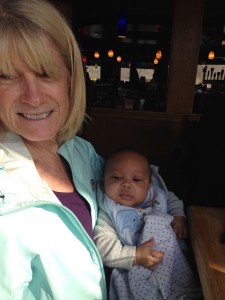 In all cases any vacation or trip is a compromise.  Time is limited and “everything” simply cannot be done.  We did visit all of the places I wanted to see in Vermont and most of those in New Hampshire.  We had to skip Hampton and Rye Beaches in New Hampshire.  For Vermont and New Hampshire, the list was relatively short.  We did manage to drive some of southern Maine to have The Beast serviced.  Unfortunately we did not see a single live moose.  There were lots of statues, carvings, photos, and placards, and “Cog Moose” sitting on our dashboard, but we’ve seen no moose in the flesh.  Nor did we venture north to Moosehead Lake as I had hoped.

Now, Massachusetts is different.  Boston is a large metropolis and the surrounding area is steeped in history.  We did not get to Boston’s north shore.  We missed Ipswich and Crane Beach, Marble Head, Salem, Rockport, and Gloucester.  We also missed Plymouth on the south shore and sadly had to give up a trip to Martha’s Vineyard.  The vineyard is probably closed down tight for the season anyway.  Then too, there is not a single campsite on this small island.

There’s always “next time”, though with all there is to see in the U.S. “next time” in Massachusetts will be by plane and rental car and we will probably still not see a moose though I’m sure we’ll try.